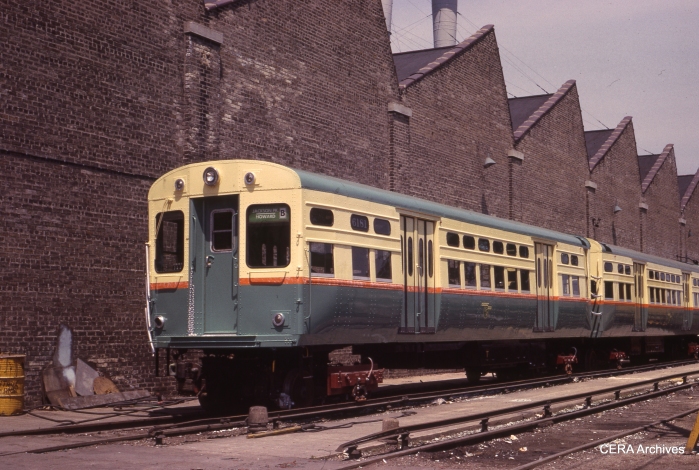 We are now less than two months away from CERA’s 75th Anniversary events, which include a banquet, program, and three special fantrips. Orders and inquiries are coming in every day. You can get more information, purchase tickets online or print out mail-in order forms here.

Everyone who attends the banquet and program on September 21st will receive a copy of Trolley Sparks Special #1, a limited-edition commemorative 80-page full color book celebrating CERA’s first 75 years. If you cannot make the banquet, you can still pre-order a copy here. Demand for this book is high, so reserve your copy now for this collector’s item, which is sure to sell out quickly. Work on the book has now been finished, and will go to the printer this week, so that it can be ready in time for our banquet and program.

We will announce the international shipping cost for the book once we know how much it weighs. The $29 pre-order price includes domestic shipping only.

The CERA Board of Directors has invited longtime member Myles Jarrow (#23) to be an honored guest at our 75th Anniversary Banquet and Program, where he will receive the prestigious Founder’s Award for his service and commitment to the organization. Myles is 91 years old and is the last living person who attended the earliest CERA meetings. We hope that you will join us in honoring Mr. Jarrow at the event for a lifetime of dedication.

At the July meeting, your CERA Directors set the membership rates for next year. The rates for Active, Contributing, and Sustaining memberships remain unchanged at $45, $90, and $180 respectively. The Associate rate will go up to $42 from $38.

Due to the increased cost of international postage, the rate for International Associate members will be $72, and $75 for International Actives. The additional $30 USD will go towards covering the cost of mailing the membership book entitlement abroad (which can cost in excess of $30 by itself) plus other informational mailings.

The Directors hope to merge the Active and Associate membership classes into one group for 2015, but this will require the approval of membership at our next business meeting, which will be in January 2014. Over the last 75 years, the original purpose behind having our membership divided this way has gradually been lost.

In the beginning, Active members had to pass an oral examination at one of our program meetings, although longtime member Ray DeGroote says this was largely done in jest. CERA’s founding members thought that local members would be more active, while those outside the Chicagoland area would not be interested in our programs.

However, we now find that we are just as likely to have Active members in other parts of the country as here, while there are also many Associates who are local. One reason for charging the Actives more was to cover the cost of mailing program notices 10 times a year.

Now we have started adding CERA News to the backs of the meeting notices, in order to keep our members better informed. Yet it does not seem fair that our Associate members should not get the same news.

What we envision is having one main class of membership, in addition to the Contributing and Sustaining. Perhaps they could just be called Members. We would then give each member the choice of receiving their information via regular mail, or via the Internet.

There are three main ways to receive CERA news and information, including program notices, via the Internet. All are available via our web site. Besides the web site, there is the CERA Members Blog. If you subscribe to the blog (also known as “following” it), you will get all our updates automatically via e-mail. Each person manages their own subscription. You can also “like” CERA on Facebook, which you can do via our home page or through Facebook.

Membership renewal notices for 2014 will go out around November 1st.

Longtime CERA Member and Director John Marton is recovering from surgery and has been hospitalized for the past month. Our thoughts and prayers are with John and his wife Judy. We wish him a speedy recovery, and will look forward to seeing him at our 75th Anniversary Banquet and Program. Ray DeGroote will fill in for John as our master of ceremonies at the event.