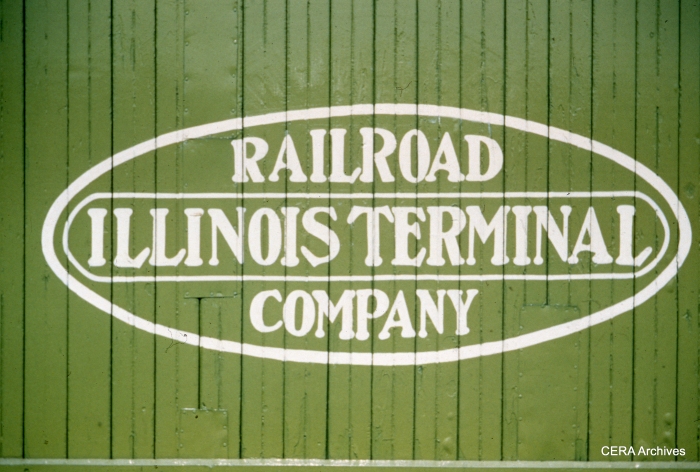 Wikipedia is not always a reliable source of information, as the January meeting notice affirms. Quoting Wikipedia, the notice advises the IT was “known as the Illinois Traction System until 1937…”

We asked Dale Jenkins, of the Illinois Traction Society, to clarify this situation. Here is his response:

So, Illinois Traction adopted the “brand name” Illinois Terminal Railroad in 1928, but this did not become the actual corporate name of the railroad until 1937. So, depending on how you look at it, both dates are technically correct.

Please advise what, if any, information you may have on file regarding the cable car system that served Chicago from about 1884(?) to 1906 when it was replaced with electric street cars. I have read the new book Chicago Cable Cars by G. Borzo which I found very interesting. Prior to that reading I was entirely without knowledge of how extensive the system was, especially how it served the downtown district. I remember my maternal grandfather made reference to the system just once. I was employed in the Loop area when I witnessed the tearing down of the massive power house at Jefferson and Van Buren Streets but was unaware of its importance and how it served the cable car system.

Since CERA’s main focus is on electric railways, we really don’t have a lot of additional material relating to the Chicago cable car system. However, the fullest and most authoritative treatment of the subject can be found in George W. Hilton‘s magnum opus, The Cable Car in America, which is still in print.

This, in turn, expanded on his earlier work Cable Railways of Chicago, published in 1954 by the Electric Railway Historical Society as their bulletin #10. That you would have to find on the used market, although CERA has plans to eventually reprint all 49 ERHS publications in digital form. These are short publications, varying in length.

Mr. Hilton has long been a friend and supporter of CERA.

Mr. Borzo gave a presentation based on his cable car book at a CERA meeting last year. We contributed a couple of images to the program, which you can find here and here.

Our thanks to everyone who attended Friday night’s program on the Illinois Terminal Railroad. In spite of the weather, a near capacity crowd enjoyed MCERA Robert Heinlein‘s presentation. As a special bonus attraction, Ray DeGroote dug out his slides from the last weekend of electric IT operations in 1958 on the suburban line between St. Louis and Granite City.

The voters at our Annual Meeting approved two revisions to CERA’s By-Laws. Effective immediately, the CERA Board of Directors now has the right to award up to two Honorary Life Memberships per calendar year, for meritorious and distinguished service to the organization. Of course, this does not mean they have to do so, only that they may do it if the Directors can agree on which Members deserve this special recognition.

Membership also approved phasing out the Associate Member category, effective in 2015. Since we began sending out “CERA News” to our members last year, we do not think it fair to send this information to some members and not others. Likewise, we wanted to expand the voting franchise to all CERA Members.

Therefore, starting next year, our membership categories will be Active, Contributing, and Sustaining. The rates will be the same as this year, in spite of the increase in postal rates. Starting in 2015, all CERA Members will receive the same mailings, have the right to vote in our elections, and can serve on committees.

We continue to offer Associate Memberships in 2014 for $42, and for just $3 more, you can “step up” to an Active Membership. All classes of membership receive an annual book entitlement. If you are interested in becoming a CERA Member, or just want to renew, click here.

At the same meeting, the Election Committee reported that the three Directors on the ballot were all elected. Joe Reuter and Bill Reynolds received three-year terms, while John Nicholson won a two-year term. There were a few write-in votes.

This is the only election where we are going to have staggered terms, and this was a consequence of reducing the size of the CERA Board of Directors, which was approved in 2013. Since there are now seven Directors, there will be a cycle of two, two, and three whose terms are ending, and from now on, all will receive a three-year term.

We thank all our Members for their participation in the Directors’ Election and the CERA Annual Meeting.

A Tale of Two Subways, presented by David Sadowski and Ray DeGroote

For our February program, CERA travels to both Rochester, New York, and Newark, New Jersey– two cities that built subways in old canal beds, with very much different results. The Rochester Subway opened in 1927, struggled to find its proper role, and was never used to full potential, except perhaps during WWII. It closed in 1956 and was partially replaced by an expressway.

In contrast, the Newark City Subway, opened in 1935, was an immediate and lasting success. PCC cars ran in Newark from 1954 to 2001 and became closely identified with the service. Light rail extensions to the subway opened in 2002 and 2006.

We will cover the history of both subways using both video and still images from a variety of sources. As a bonus feature, we will show rare shots of Cincinnati’s unfinished 1920s subway, which was also built in a former canal bed. Come join us for what promises to be a fun evening.

Admission is free for current CERA members. There will be a $5.00 Admission charge for non-members.