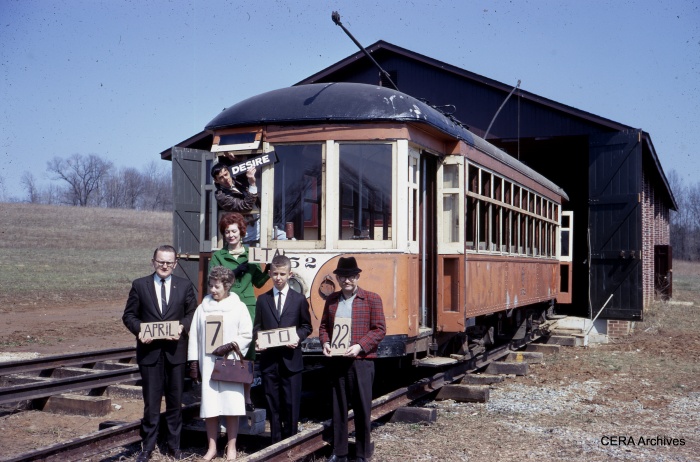 Chances are, you are familiar with the “Streetcar Named Desire,” which hailed from New Orleans and furnished a wonderful title for a Tennessee Williams play. Here, we present a different streetcar named “Desire,” in a series of mysterious pictures taken in March 1967 at an unknown location.

Rather than being from NOLA, this streetcar is actually Johnstown Traction 352. According to Don’s Rail Photos, this car was “built by St. Louis Car in 1925, order #1379, as (a) double end car.”

Johnstown occupies a special place in traction history, as the smallest US city to operate PCC cars, and as the last small-town trolley system in the state of Pennsylvania. Car 352 remained in service right up to the last day, June 11, 1960.

After that, car 352 was purchased by the National Capital Trolley Museum, who “transported the car first to storage in Dundalk, then to its Lake Roland site, and later to Northwest Branch Park.”

We are not certain which location is shown in these 1967 pictures. We are also in the dark about who the people posing in front of the car might be, what “LTA” stands for, and what event took place from April 7-22, 1967. Perhaps some of our keen-eyed readers can help fill in the blanks on a very mysterious situation. Who were they, and where are they now?

Unfortunately, although car 352 was restored to operating service and did make it into the 21st century, it was destroyed in a carhouse fire on September 28, 2003. So, in spite of the valiant efforts of these early preservationists, a hardy few who desired streetcars when the world seemed to want only rubber-tired buses, ultimately this car didn’t survive.

But when you look around today at a flourishing preservation movement, which includes well-established trolley museums in various parts of the country, and the restoration work that goes on today, consider what these pictures show. There was a time when such historic preservation depended entirely on tiny groups of people in different areas such as this, who made tremendous sacrifices and worked very hard to make sure that the best of yesteryear could be appreciated today.

It is because of their “Desire” that we still have streetcars today. And for that, we give thanks.

For more information on New Orleans streetcars, go here. They are making quite a comeback.

Neat photos in the most recent CERA blog post! I’m not sure what LTA stands for nor what the significance of the dates is, but I can tell you where the photos were taken. The photos of the Johnstown car were taken at National Capital Trolley Museum in Wheaton, Maryland. I believe that the barn in the photos is actually the same barn that burned in 2003, though I’m not positive; NCTM had two barns and I only visited once so I don’t recall which was the one that burned.

You know, as I look at the photo of the 3550 it occurs to me that it wasn’t actually taken at the current BSM site; this must have been in one of the Baltimore car barns where the UR&E historic collection was stored. Interesting! 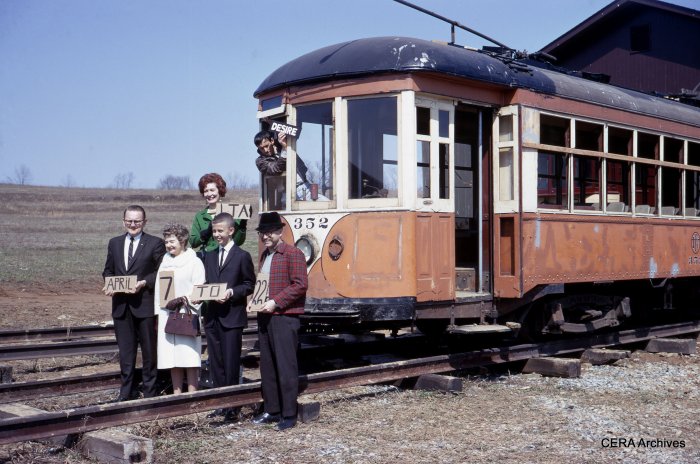 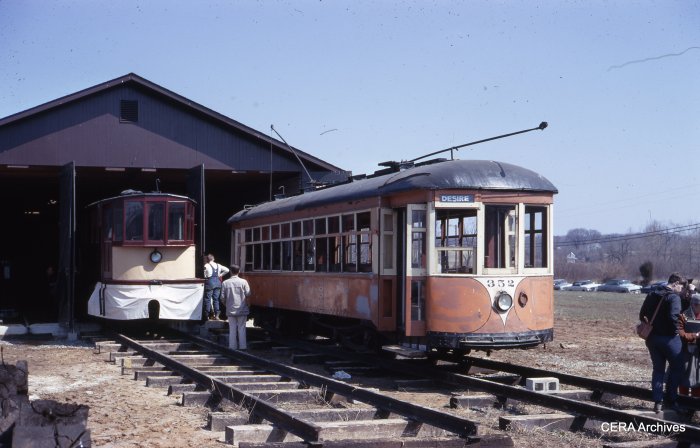 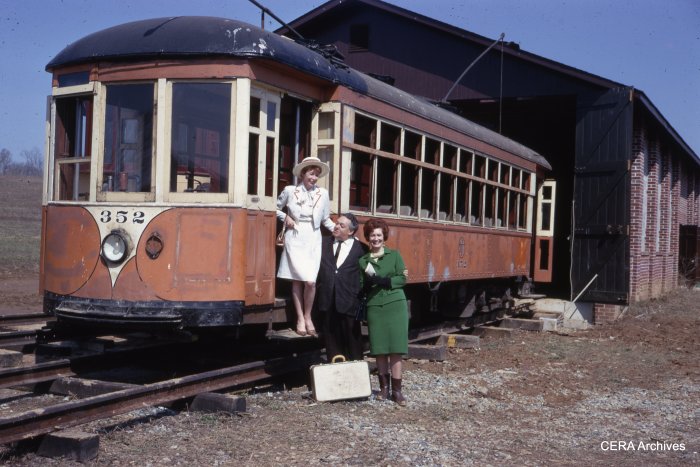 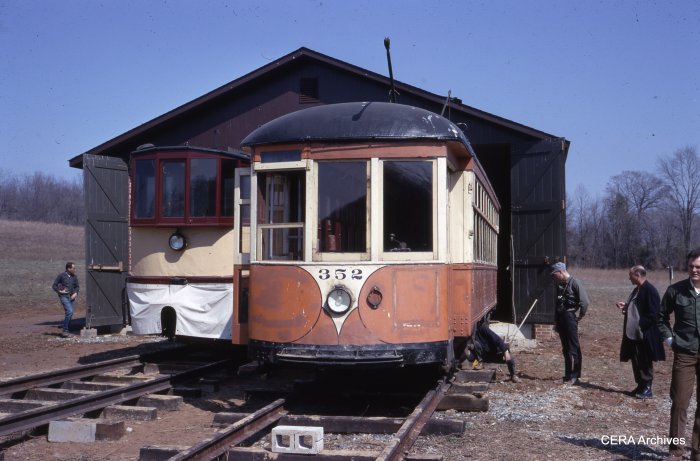 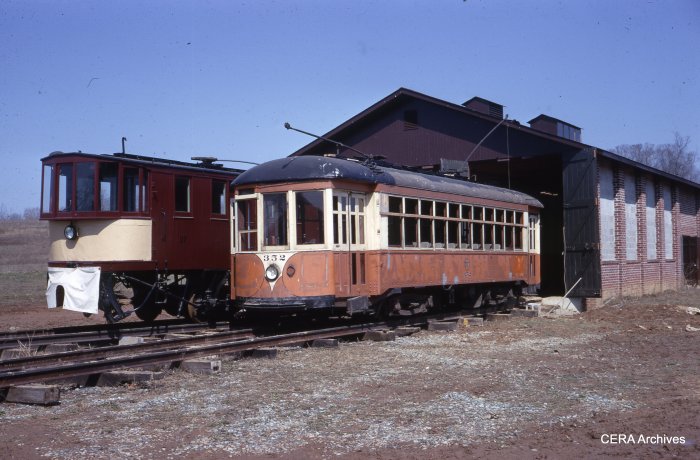 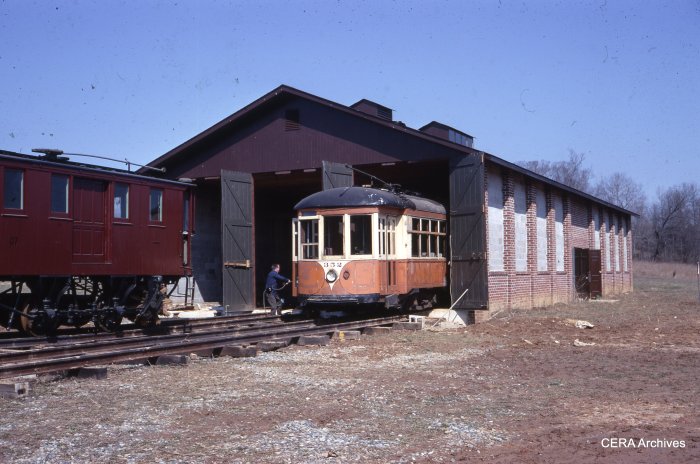 Yet another mystery photo, this one dated November 1963. Where was this taken? Where did this car come from? Why is it a “test car?” (CERA Archives)